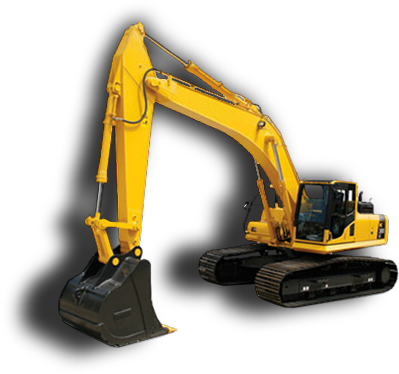 Donald ‘Mark’ Haight President and founder of Mark’s Valley Grading, Mark’s Demolition and Excavating and Contractor’s Landfill and Recycling, was born and raised in a small town called Johnsonburg, PA. Mark married his high school sweetheart Lori, had two children, Tosha and Brandon, and worked sun up to sun down in a factory in his hometown. Although the town was small and the opportunities for work and growth were limited to mostly factory jobs, he was content, doing well and happy living the small town life near both their families. They knew nothing else and anything beyond Elk County lines were a dream away…Or so he thought!

Upon arriving in 1985 with brother-in-law Sam, they were shocked to see that the land, buildings, the populated cities and even better the weather, were all so different from where they were from. They felt a little out of place but also saw such an opportunity. Both Mark and Sam’s tour guide for the trip was their cousin. Their cousin who owned an air conditioning company took them on a tour of the construction industry in Phoenix and surrounding cities. They really had no experience in any aspect of the construction industry what so ever, but what they did have was farming and tractor experience. They figured without college degrees of any sort and using what they knew even a little of would be a good start in the State of Arizona.Lori, Mark’s wife had vacationed each summer as a child to her aunt and uncle’s home in Arizona and always loved it. She thought the state was picturesque and saw such a different atmosphere and opportunity that her children would never have or experience in their small town in Pennsylvania. Although surrounded by family and friends, she felt they would never have the lifestyle her aunt, uncle and cousin had in Arizona that she witnessed each summer she had stayed with them. Yes, small town Pennsylvania had its upsides to living there, but Lori saw a much brighter future in Phoenix, AZ and asked Mark to go and see what he thought for himself. He wasn’t sold on the proposition at first but after a devastating loss of his father and a shocking house fire causing the family to lose almost everything they owned, he decided a short vacation to Arizona was probably not such a bad idea. He figured if anything it might put the conversation at home to rest!

Three weeks later, two U-Hauls, five children between the two families and Mark’s mother- in- law all loaded up and headed across the United States to start a new adventure in Phoenix, Arizona. Both families rented houses immediately with the left over money they had after purchasing their first grade tractor. They purchased a business license and began SamMark Excavating.

Mark, his business partner Sam Condon and one general laborer (still employed today) actually created quite a reputation for themselves in the residential track home market. Day after day the business seemed to become busier and busier and the move to Arizona seemed to be dreams come true for all.

In 1992 both Mark and Sam decided to split ways and severe their partnership to try things out on their own. Sam was content working on track homes but Mark envisioned a bigger future in Custom Homes and Commercial Development. This was when Mark’s Valley Grading was established. Still going strong in the track home industry, Mark also started to venture into bigger and better projects and soon Mark’s Valley Grading had quite the resume. After 20 years in business, not only is the company still doing a lot of site prep but now has ventured into different industry demands. Mark’s Valley Grading‘s current specialties consist of residential and commercial site prep, paving, residential and commercial interior and exterior demolition.

As the company has grown to over 100 employees so did Mark’s family, which was another dream come true. Mark’s son, Brandon Haight, is Vice President of Project Services. Brandon started from the ground up and is now running the business alongside of him. Although his dad taught him everything he knows, he likes to tease him daily on how the Pennsylvania hillbilly that he calls himself could learn a thing or two from him this day in age.